Villa Vista – a place above Prague

A large residental compound, located in traditional city villas quarter Hanspaulka, is surrounded by a historical garden park, on a sloping terrain. The garden itself, together with panoramic views of Pragues skyline, are the main inspirations for the design concept. Its massing and apparently minimalist composition is formed by ingenious stacking of five blocks – storeys. The lowest one – entrace and parking level extending to the exterior granit covered yard is wholly cut into the terrain. The second storey is also partly submerged. It is the largest by floor area and forming masonry pedestal of the house. Glazed main living space, which is situated on it, is full of natulal light and surrounded on all sides by mature trees. This central living space also opens up into lower and higher level of the house via two inner galleries. The atrium in the large terrace behind the house, is based on the same principle of visual interconnection of the fourth storey. Above this fully-glazed  central-living space, one finds levitating sculpture like mass, similar to the lower, partially submerged second storey. Both of these massive blocks of well balanced proportions and horizontal corner windows, designate the living space which opens up towards exterior separated only by glazing. The use of brickface of irregular brickjoint accentuate the horizontality of the whole architectural composition. The highest positioned roof terrace, with small wholly glazed superstructure, serves as a vantage point, surrounded by roof-garden with perrenials. The concept of layering of solid and hollow volumes, simple geometry and submerging into the sloping terrain, lightens the whole impression of 5-storey mansion. The house doesn´t project into the garden, but it allows itself to be surrounded and interpenetrated by the garden. Front street and formal part of the garden is reminiscent of French geometric style, composed of horizontal strips of perrenials and box trees. Behind the hedge of shaped yew trees, one finds a private garden space designed in the natural English park style. 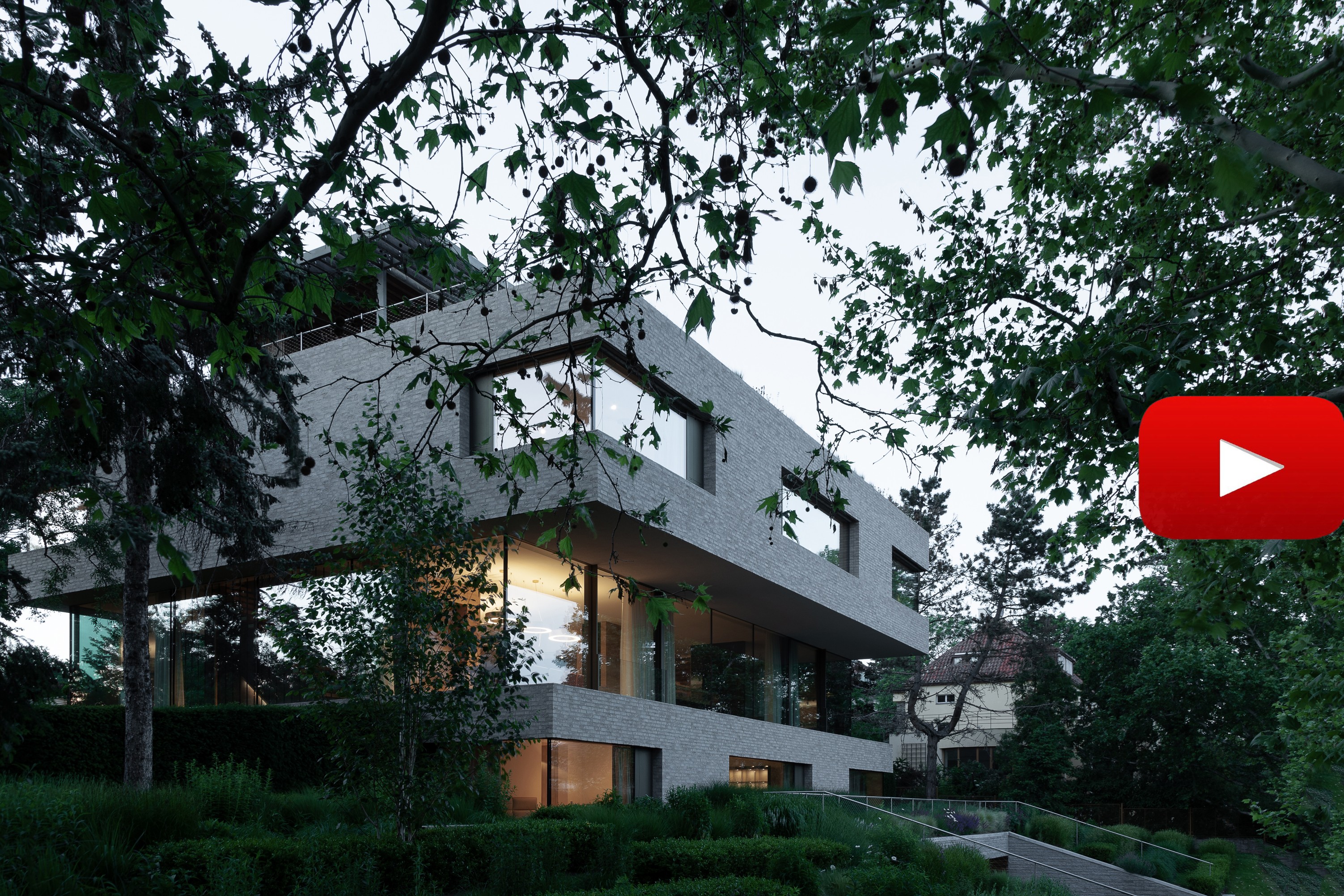 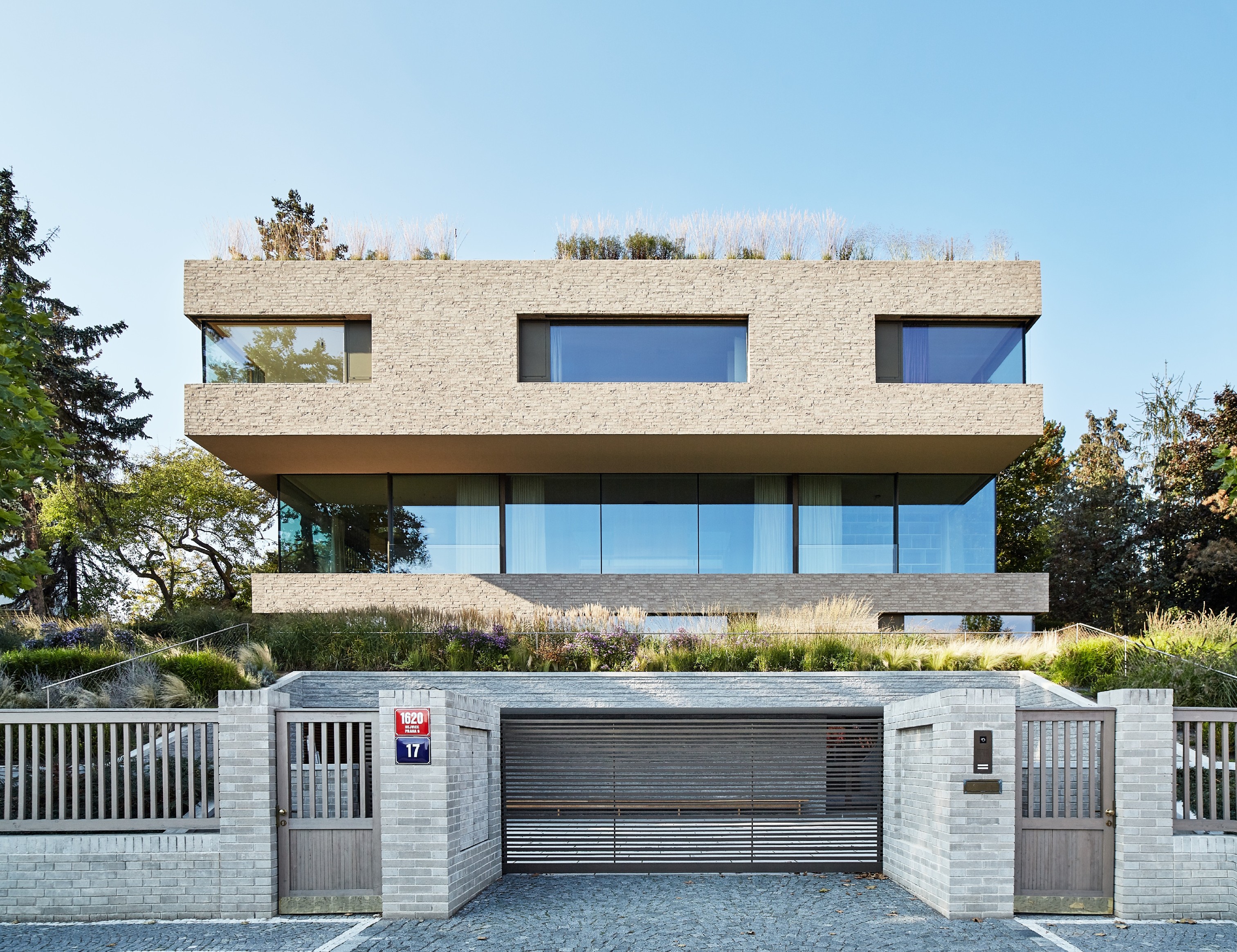 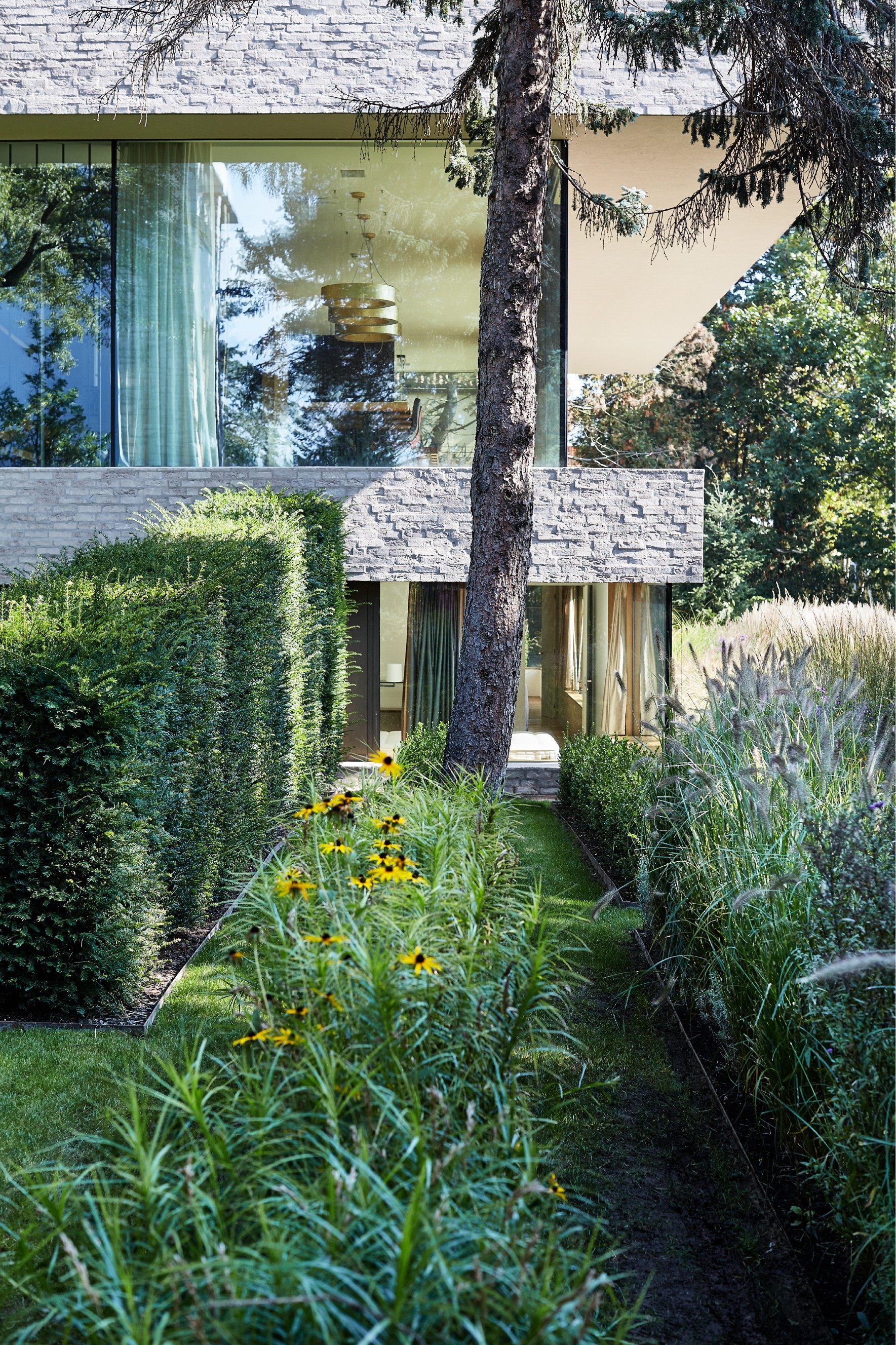 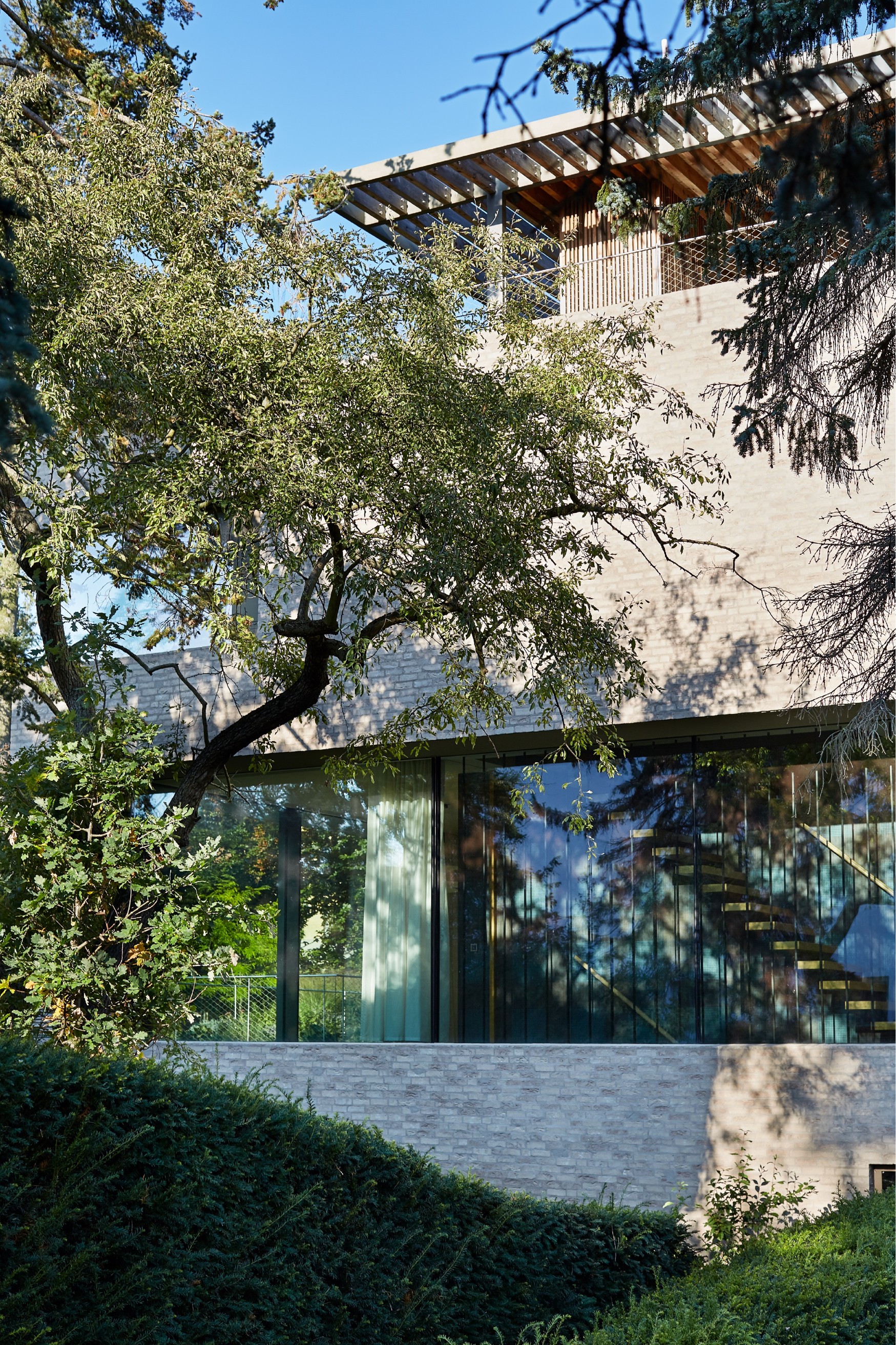 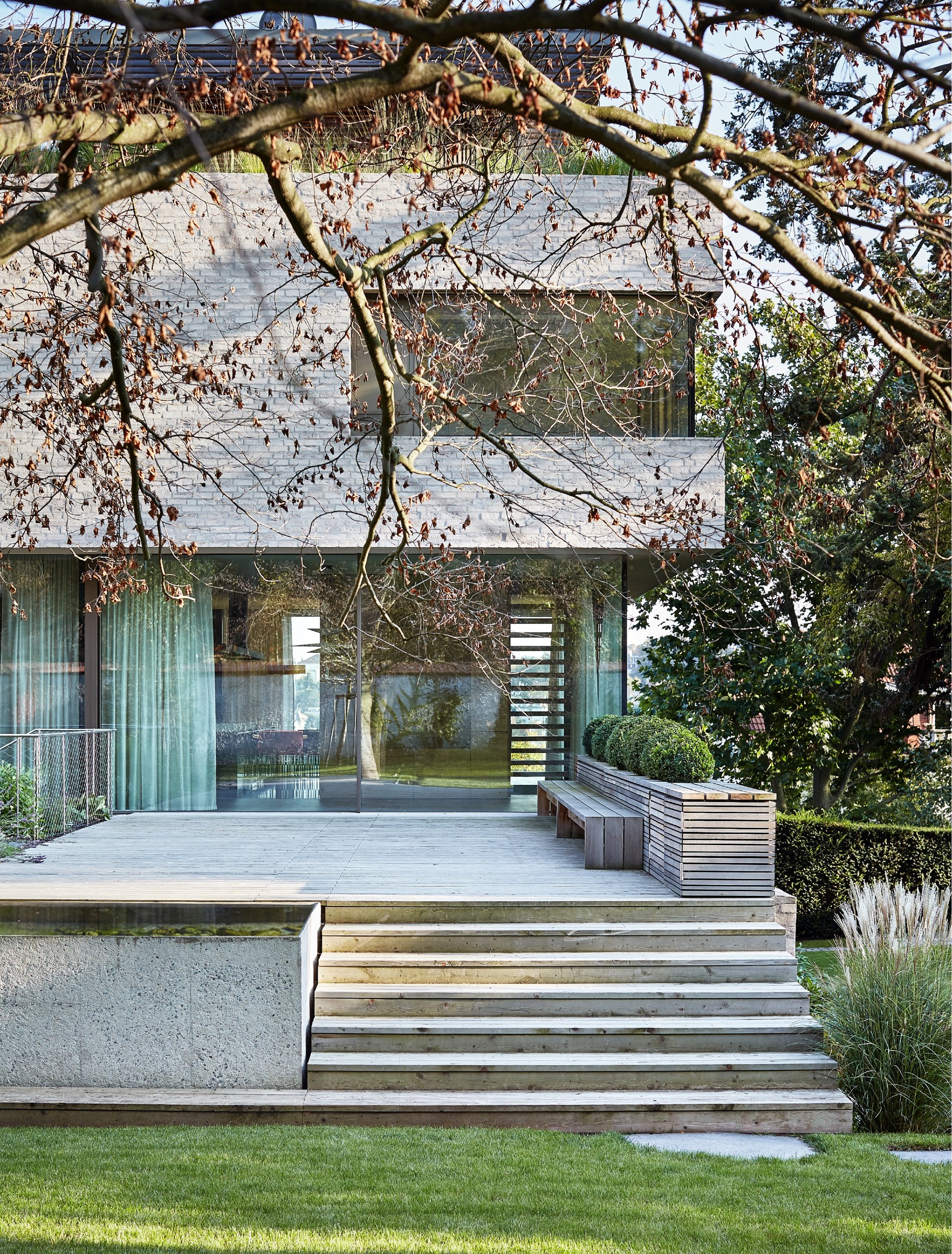 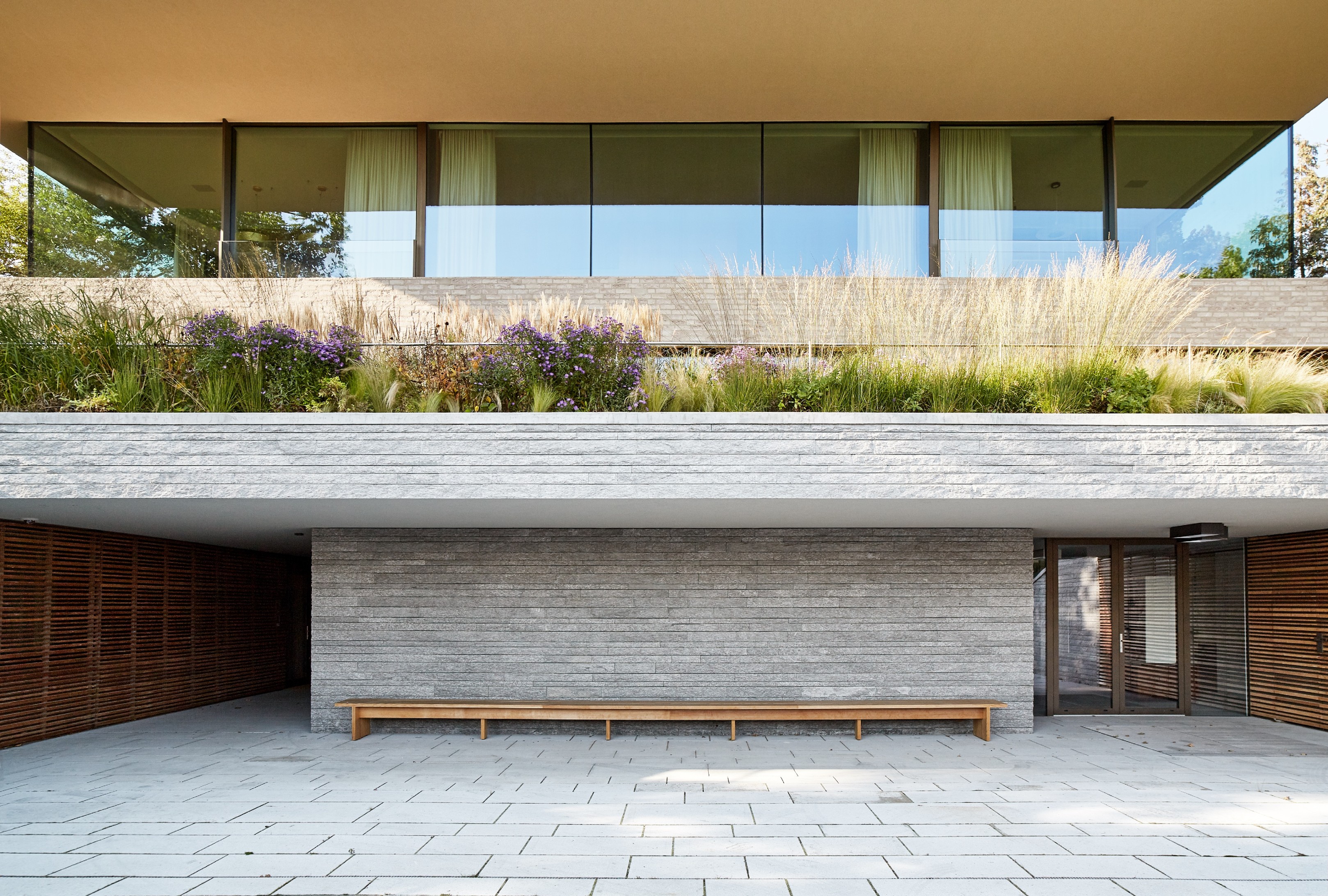 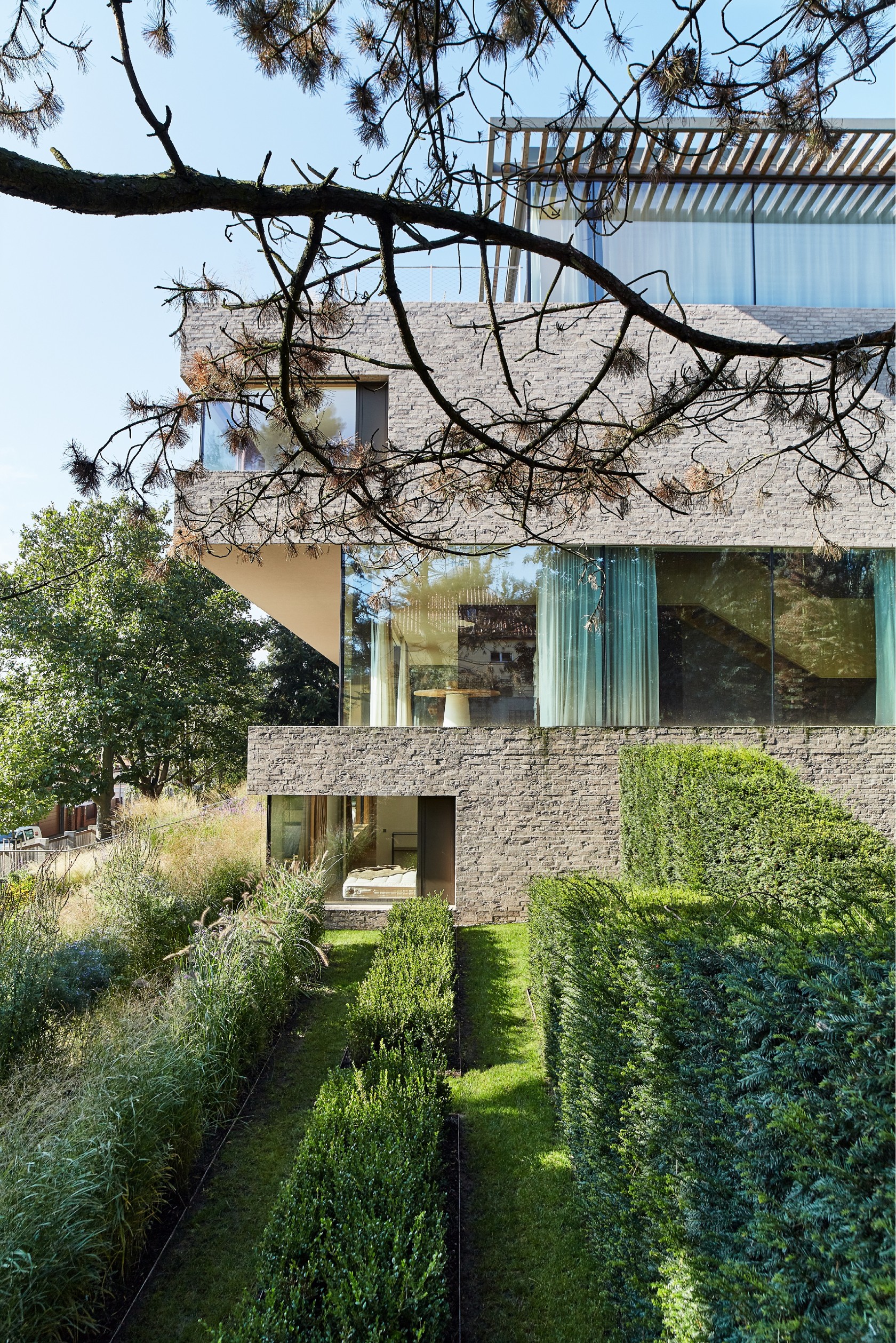 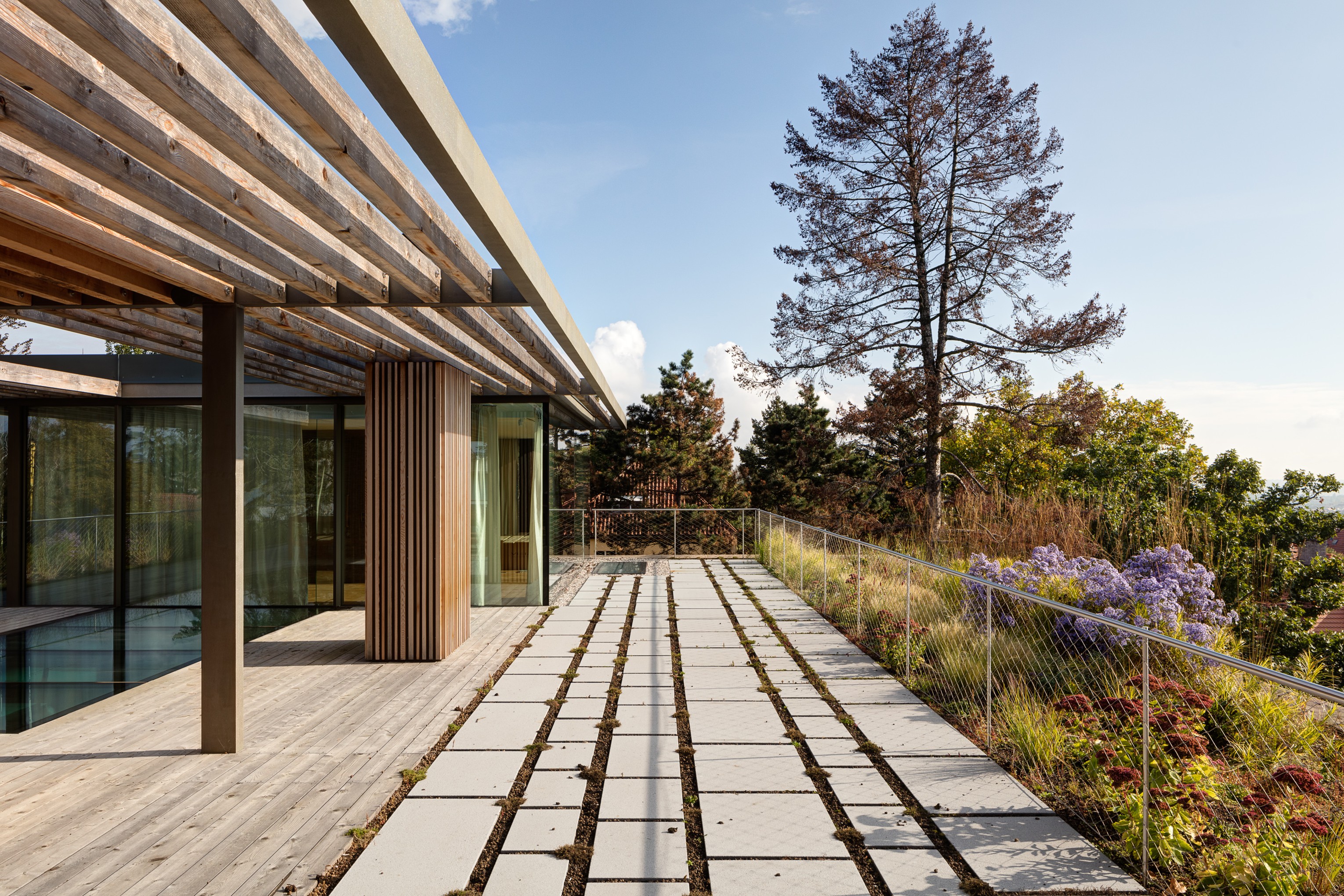 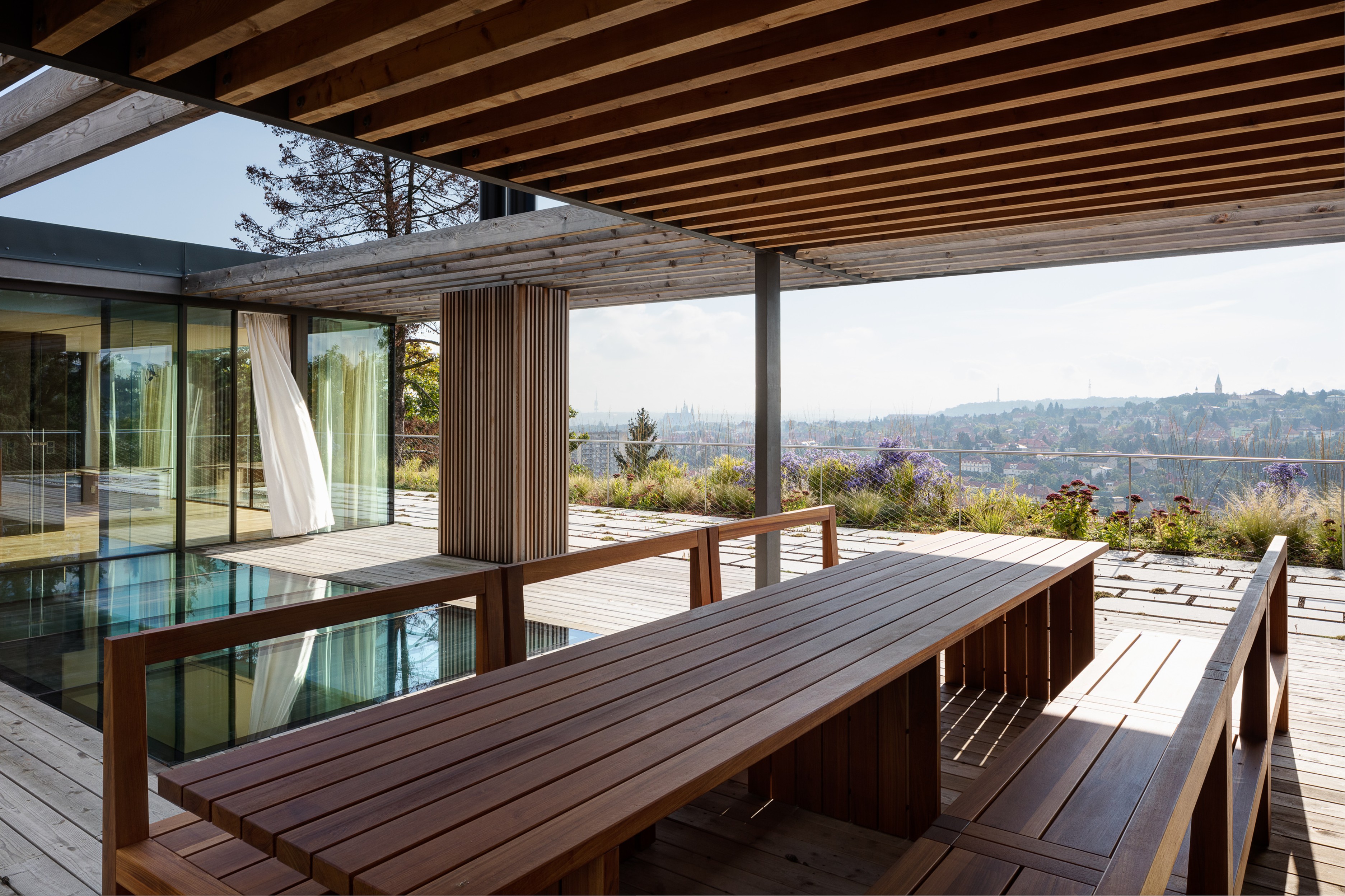 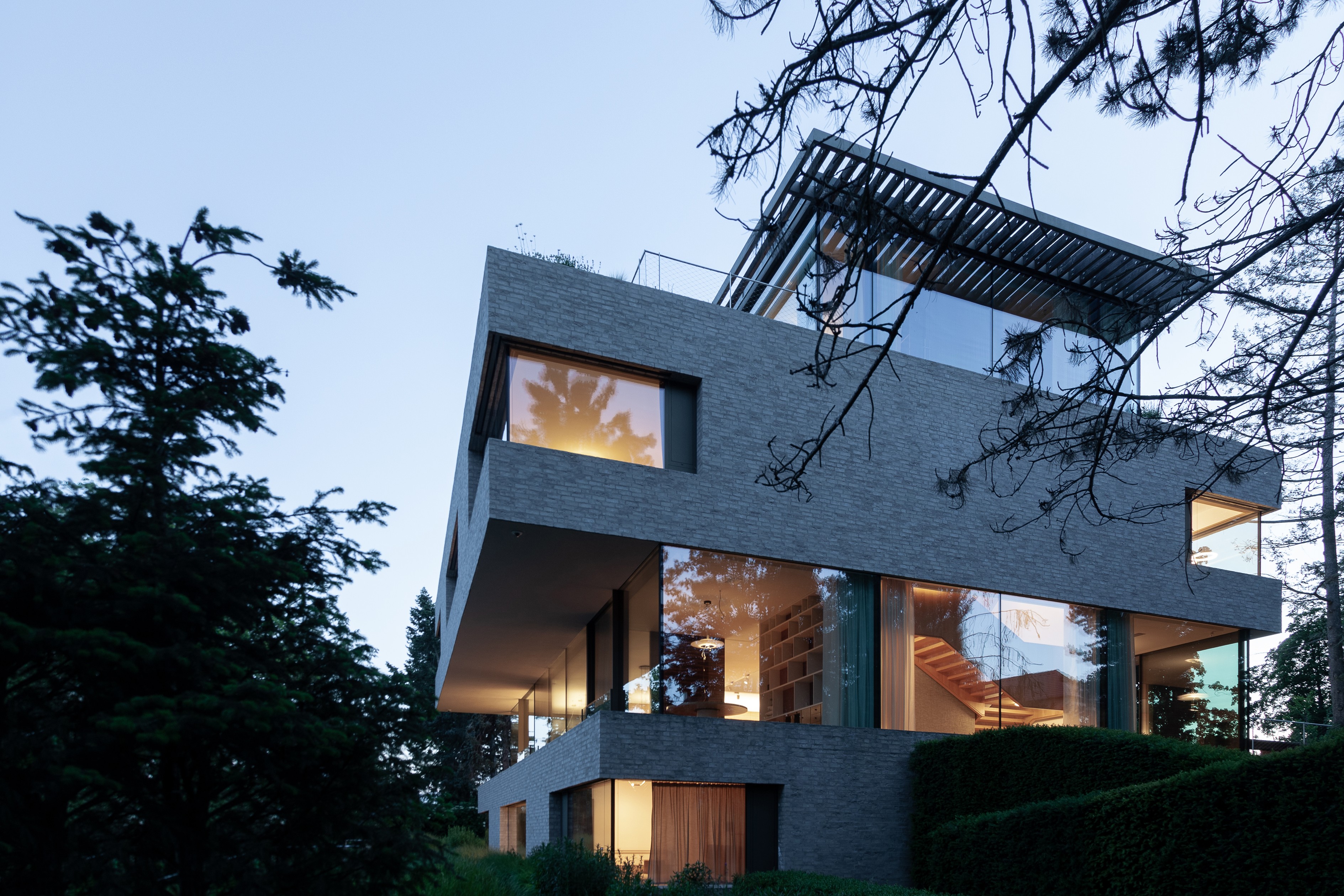 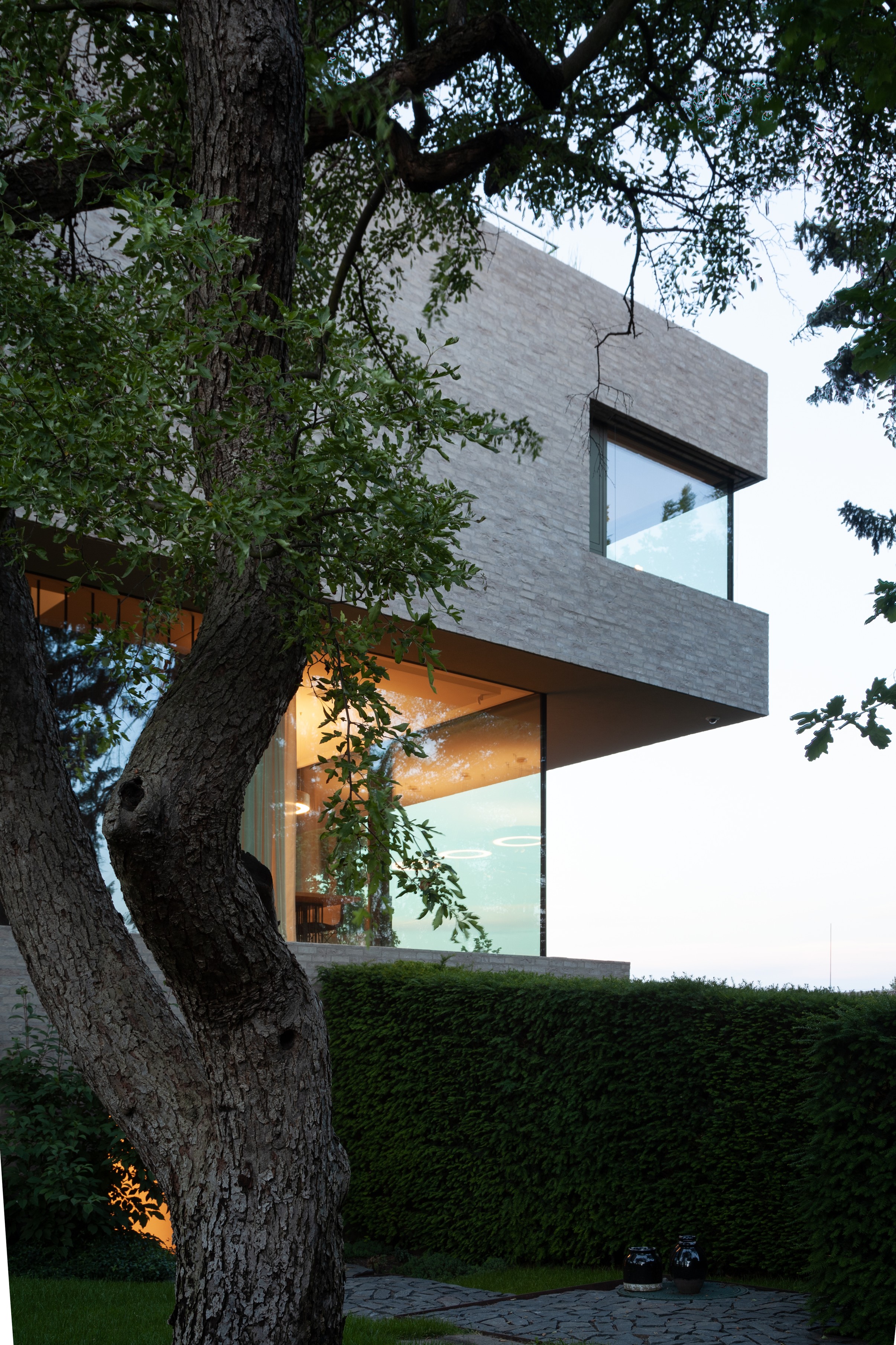 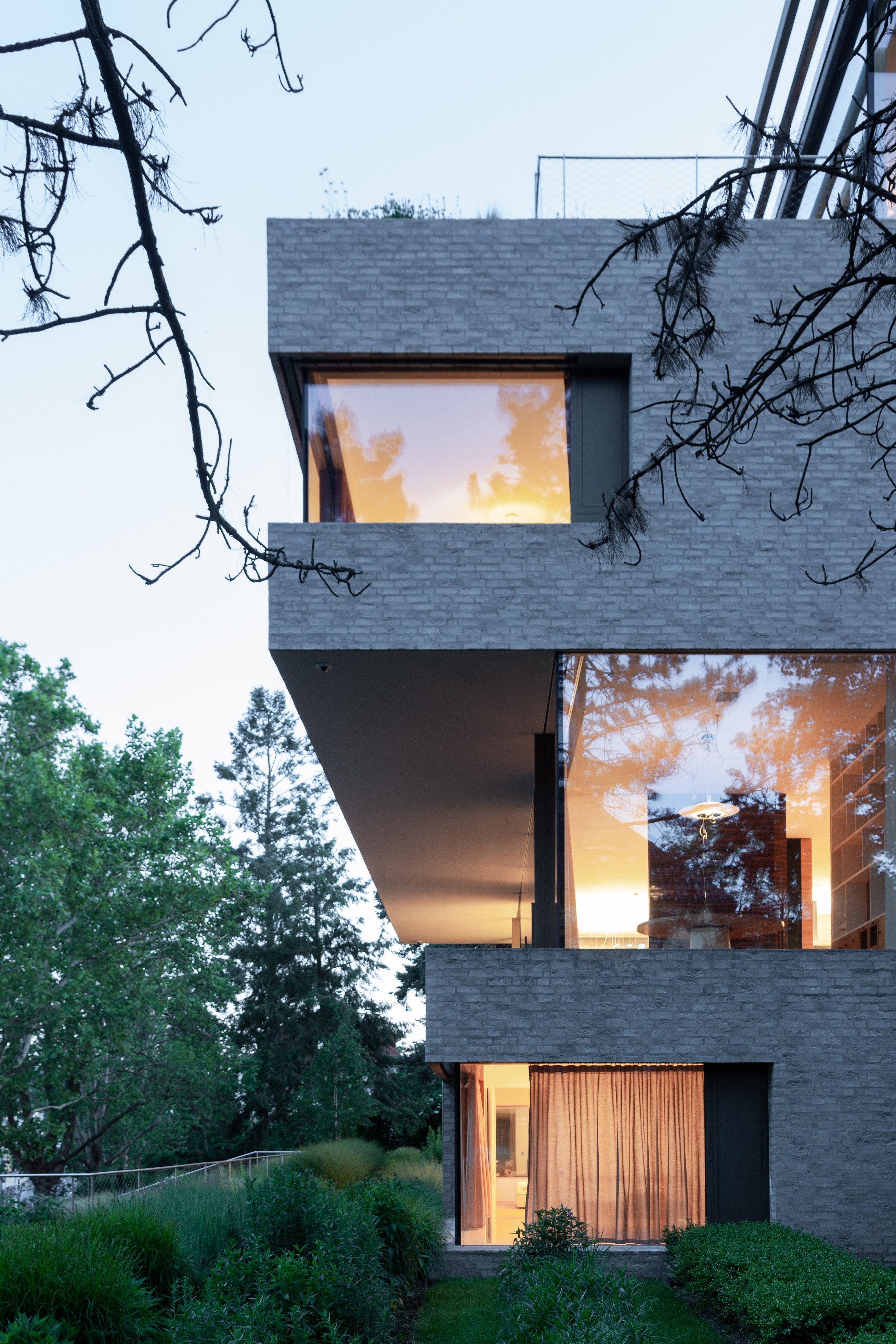 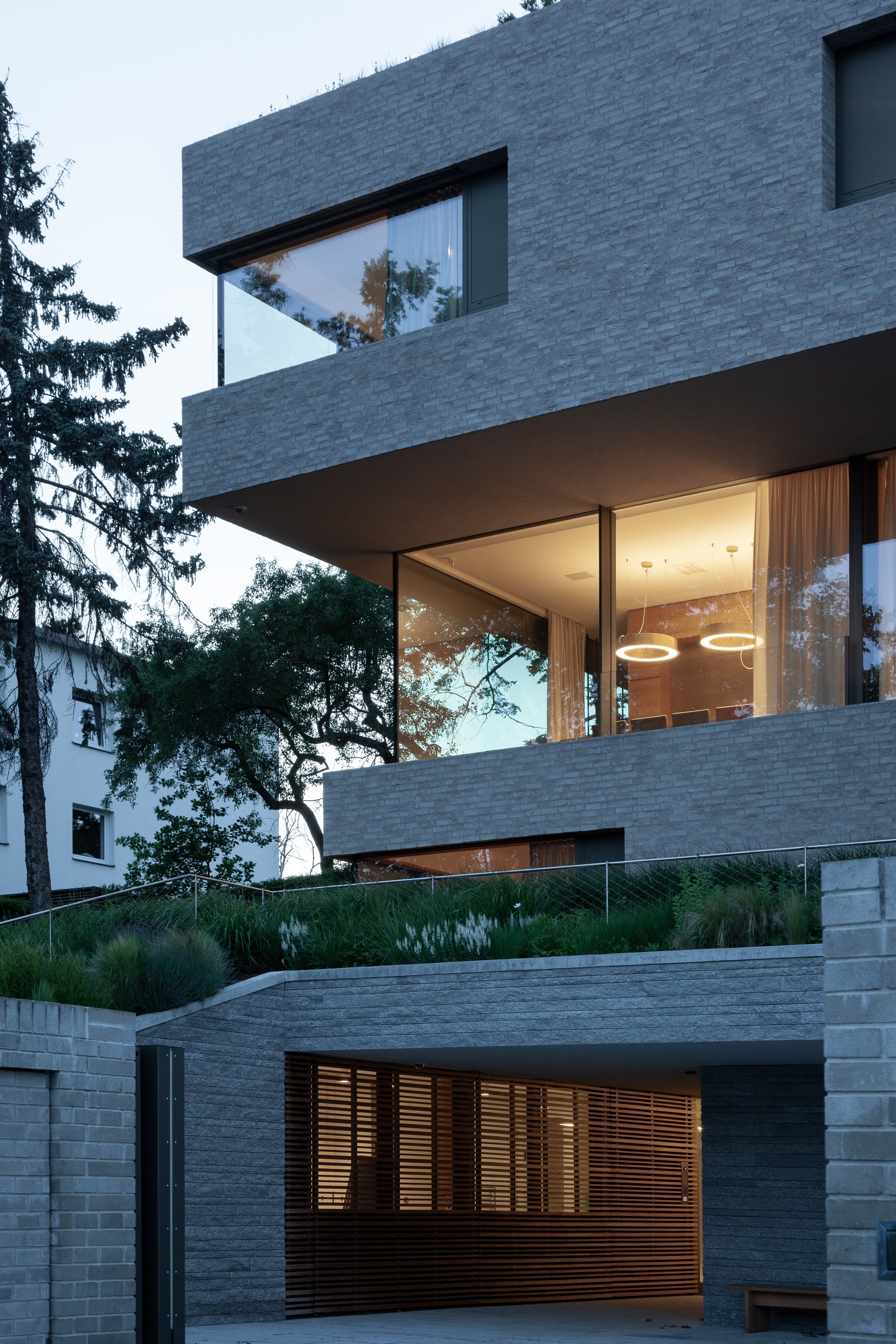 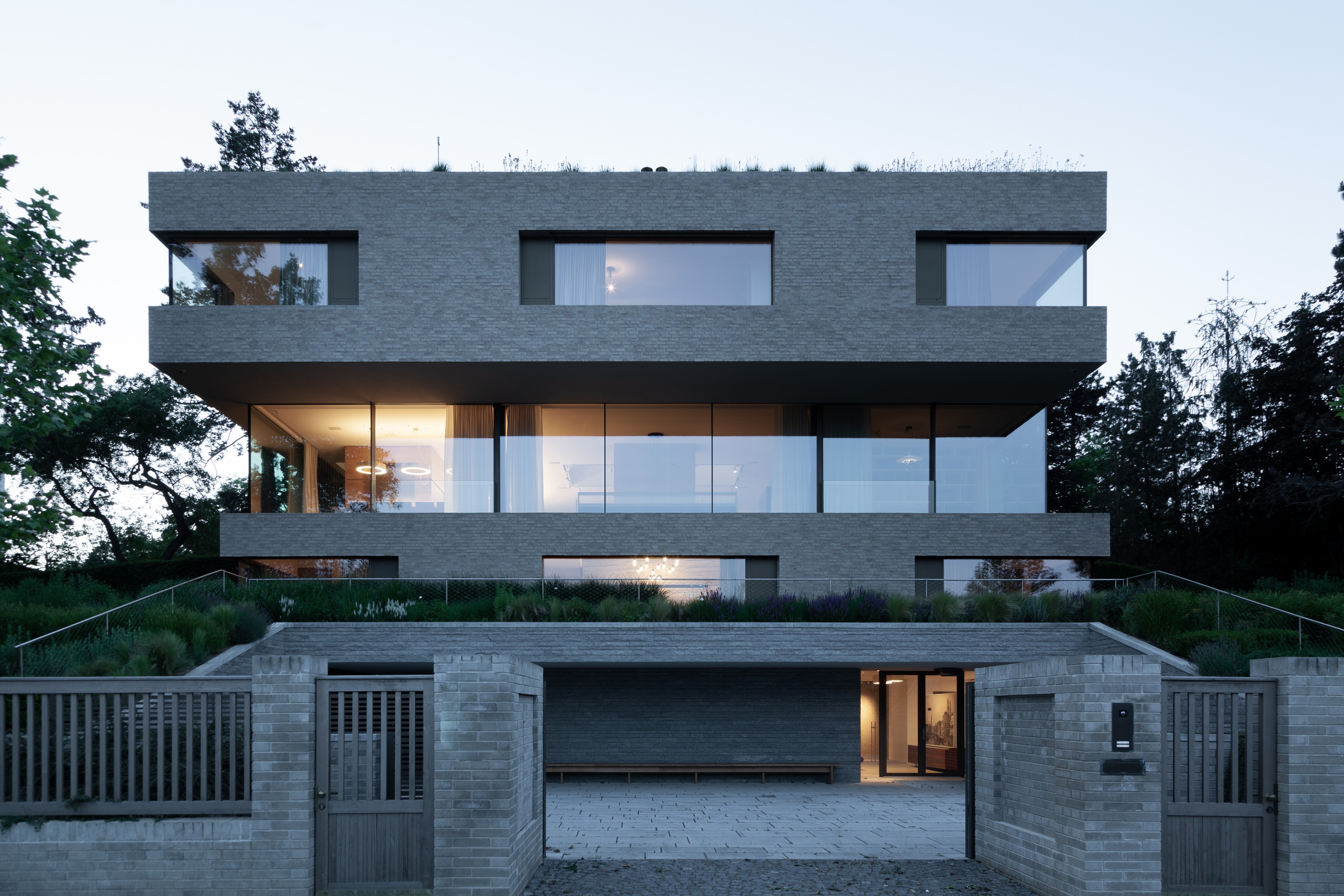 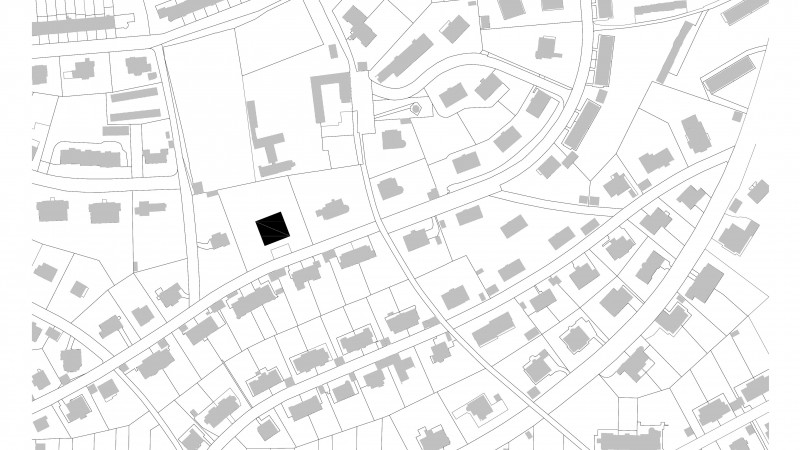 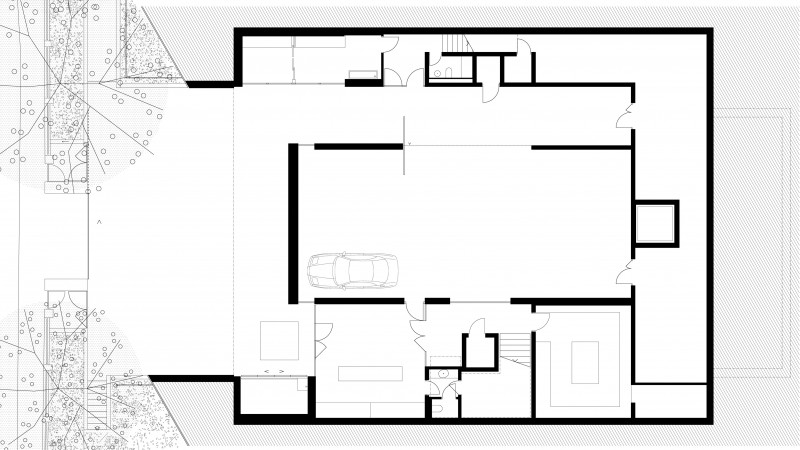 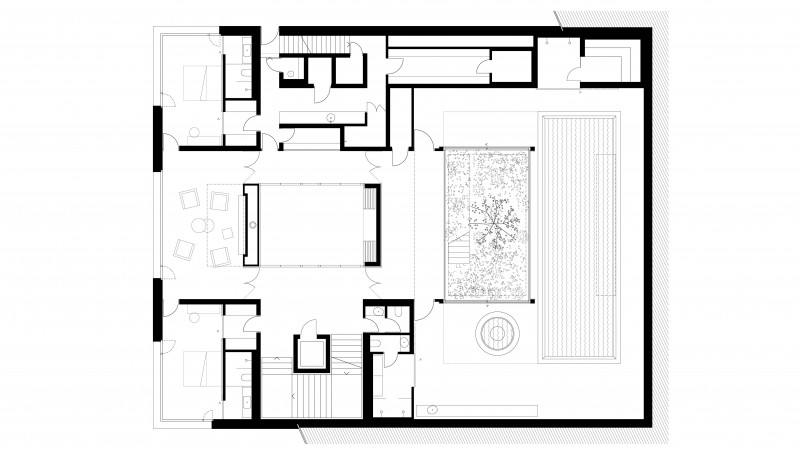 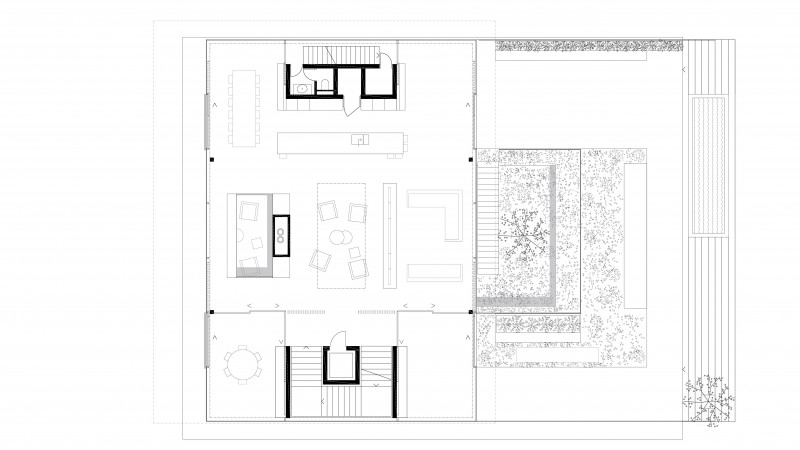 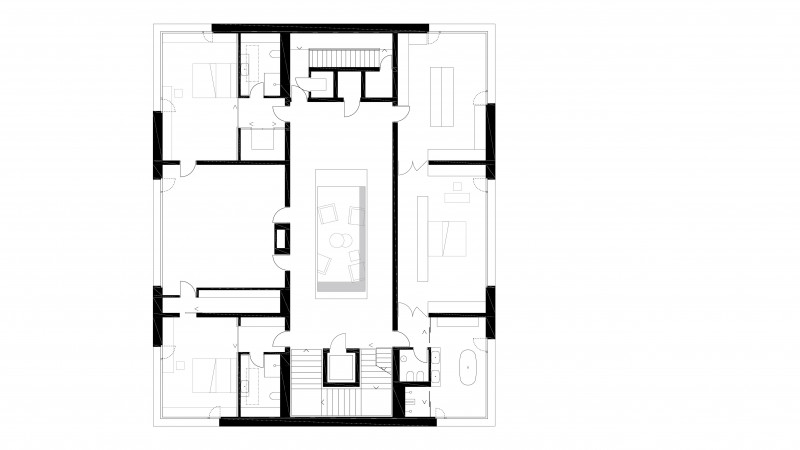 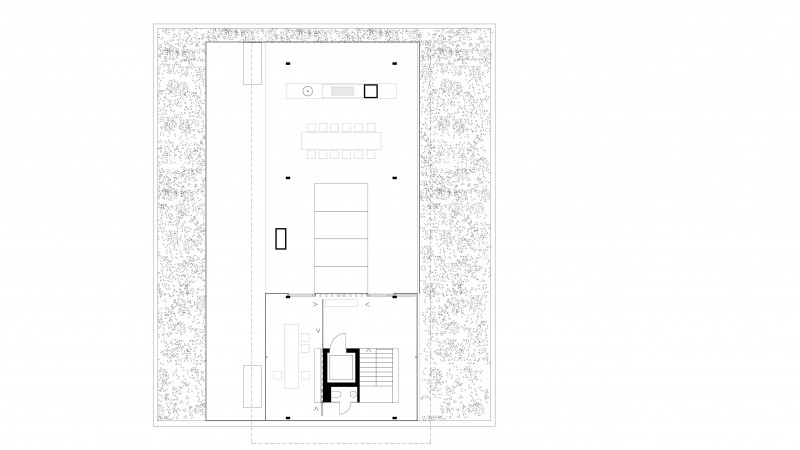 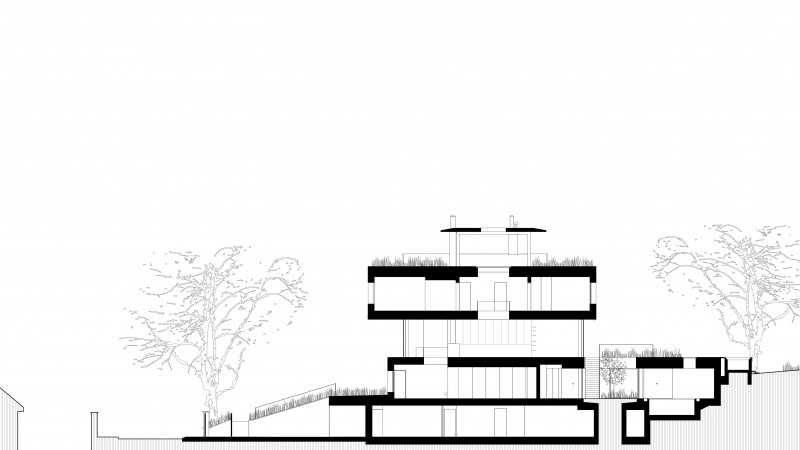 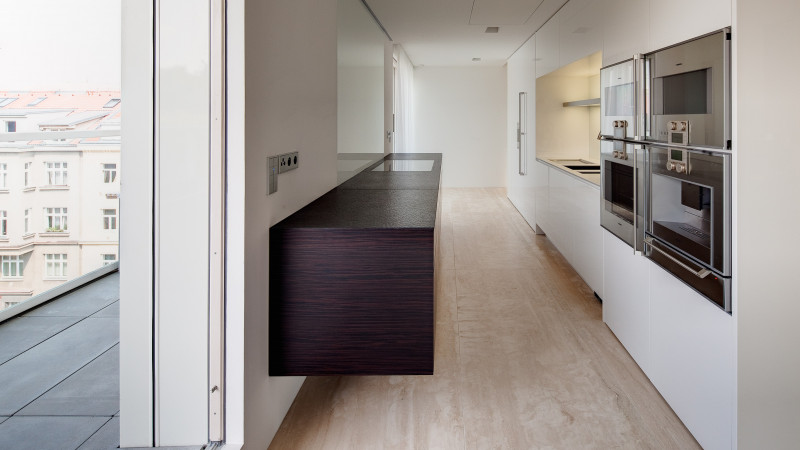 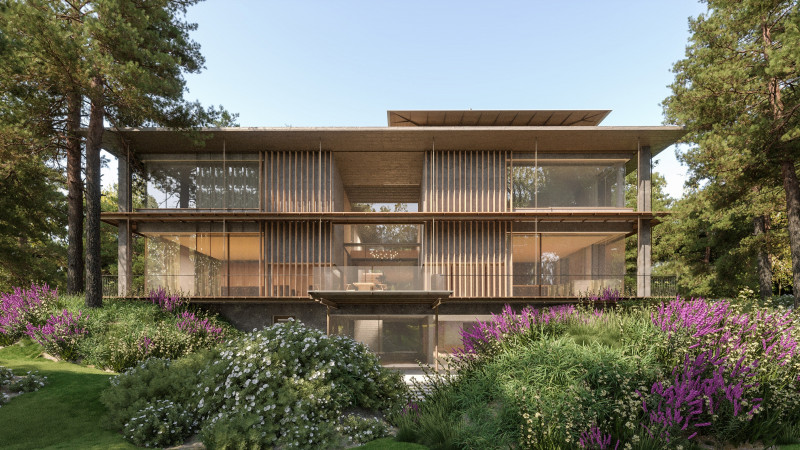 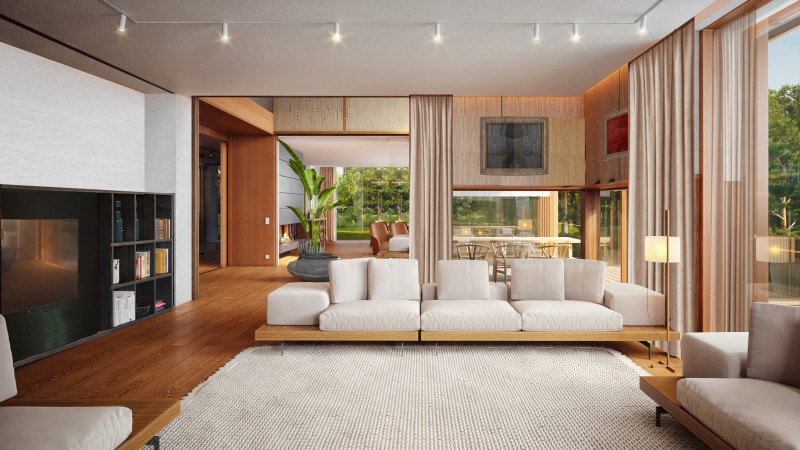